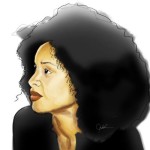 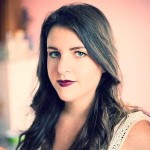 Born in St. Thomas, U.S.V.I. and raised in Apopka, Florida, Nicole Sealey is a Cave Canem graduate fellow. The recipient of a 2014 Elizabeth George Foundation Grant, she is the author of The Animal After Whom Other Animals Are Named, winner of the 2015 Drinking Gourd Chapbook Poetry Prize, forthcoming from Northwestern University Press.
Additional honors include the 2014 Stanley Kunitz Memorial Prize from The American
Poetry Review, a 2013 Daniel Varoujan Award and the 2012 Poetry International Prize.
Her work has appeared in Best New Poets, Copper Nickel, Ploughshares, Third Coast and elsewhere. Nicole holds an MLA in Africana Studies from the University of South
Florida and an MFA in creative writing from New York University. She is the Programs Director at Cave Canem Foundation.

Megan Falley is the author of two full-length collections of poetry on Write Bloody Publishing, After the Witch Hunt (2012) and Redhead and the Slaughter King (2014). Her chapbook Bad Girls, Honey [Poems About Lana Del Rey] is the winner of the Tired Hearts Press Contest. She is a Women of the World and National Poetry Slam finalist, winner of the 2015 Rustbelt Regional Poetry Slam and has been featured on TV One’s Verses & Flow. Her work has been published in Rattle, PANK, Pen Center USA’s The Rattling Wall among other literary journals. She is the creator of the online writing course, Poems That Don’t Suck. Megan is currently on tour with poet Olivia Gatwood as a part of Speak Like A Girl, an interactive, educational, feminist spoken word show. When she is not writing and touring the country, she is singing dirty songs sweetly on her ukulele.